Episode 04: Add value and do not give up too early

I was watching the movie “Pinocchio” with Roberto Benigni a few days ago with my kids.

And there’s a very powerful message hidden in the first 2-3 minutes.

He is obviously starving.

He steps outside and walks to a tavern, he’s hesitant to enter inside but he finally does.

There are 3 men at a table enjoying their dinner.

The owner welcomes him and asks if he wants something to eat.

Geppetto does not admit that he is hungry and says that he’s just cold and needs to warm up.

He grabs a chair and sits down next to the men’s company. He says…I’ll just sit here, I won’t bother you at all.

Suddenly, he makes some noise while sitting on the chair and says…I almost broke my leg, was not expecting that. Τhis chair can break at any moment.

Geppetto responds…This is my job, I just need 30 minutes to fix it for you, but it comes at a little cost.

Geppetto is not giving up. He stares at the table where the 3 men are eating and shakes it with power. The plates and glasses almost fell down. He says…this table is leaning to the right, haven’t you noticed? This one is more complicated, I would need 2 days to fix it but I can. And I’m not saying right now, I can do it tomorrow.

He pretends he has a problem opening the door and says…this door is wrecked, it will break. When you enter it does not open, when you exit it does not close. Look! Look! I will fix it, I’ll make it like a new one for you.

The owner grabs a plate and says…come here, you don’t need to fix anything for me, sit down.

Geppetto responds…but it will cost you almost nothing.

Sit down, the owner insists and brings a plate full of food for him.

Geppetto says…I can fix it.

Come here, sit down. Eat, this is on me. Otherwise, you’ll bring the whole place down.

Geppetto says… OK Moreno. But the door needs to be fixed.

Moreno says, I know. Here, grab a little bread and cheese as well.

Finally, Geppetto gets to eat.

What can we learn from this scene?

Gepetto is starving and he’s broke. But he’s not asking for charity. He’s proud but he’s also a skilled salesperson and tried to sell his expertise with style.

He tries to add value to the owner. He offers to repair the chair in exchange for a little money or anything else, food in this case. He does not admit it, but he hopes that the owner would exchange food for the chair’s repairing.

When the first attempt fails, he’s not giving up. He offers to fix the table.

When the 2nd attempt fails, he does the same. He offers to fix the door.

He tries again and again. This is key.

He finally gets what he wants in the first place.

When you are selling something, for example, your expertise, try to add value like Geppetto. Do it in an entertaining way so they engage with your message.

And do not give up too early. You’ll never know! A week-long live interactive online event for validating your membership idea, crafting your amazing story, and testing your market in real-time.

END_OF_DOCUMENT_TOKEN_TO_BE_REPLACED 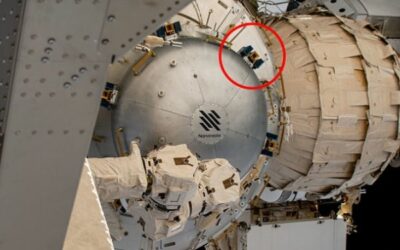 Quantum technology seems to be a breakthrough in communications. The Space Entanglement and Annealing Quantum Experiment (SEAQUE) involves a milk-carton-size device that will test two communications technologies in space.

END_OF_DOCUMENT_TOKEN_TO_BE_REPLACED 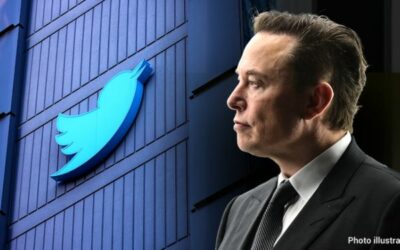 The chronicle before Elon Musk acquired a 9.2% stake in Twitter and what happened afterward. Is it just a game?