Is Oz Robot A Scam?…Miracle Of Technology

…Do you live in Australia?.. If you do may be you know Paul Ring?…No?…Man…You have to , because Paul is publishing a weekly financial newsletter.

And what if he does?…I am supposed to know every publisher in Australia? you would probably ask.

No, ok , you don’t have to know every publisher but Paul is a special man.And he has a friend , called Nick.But chances are you do not know anything about Nick.Why?…Nick is like a special forces troop.He is hiding in the shadows , covering his traces.

Another Funny Review Today , We Are Happy To Take The First Flight For Australia To Meet Paul , Nick and Oz , (The Robot) and We Will Find Out If This Is A Scam Or A Legit Opportunity

That newsletter is teaching Paul’s clients how to profit more from Binary Options.You see they are making profit every day but that is still not enough.Humans are so greed with money , they need it all and if they have it all they want more ,more and more.Paul is a great teacher and a good man.

As editor and publisher he updates his newsletter with the latest information about the Binary Options Market.But recently he heard about a blog , located in Australia ,owned by someone named Nick Knolls.Rumours were talking that Nick was making millions on Australian Currencies.

That was the perfect chance to interview Nick.

They met on a casual morning when the markets were still open.Nick immediately unfolds his story with no hesitation to Paul.He was working for Years on the Australian Securities Exchange for one of the world’s leading financial banks but without exposing the bank’s name.But he had experience with more financial institutions around the world in places like New York , London and Tokyo.But Australia stole his heart and he came back to his country.

Nick discovered a Loophole in the Australian Dollar.That can happen one in Zillion times.It was strange to find that loophole but that was a sign of God.Secretly he tapped into the market to exploit the hole without no one noticing him.He hardly was sleeping at nights.He was afraid to talk even to his wife.But … with his experience in the AUD (Australian Dollar) he made consistent and reliable profit trading the currencies.It was like going in the casino and the dealer was showing him the cards before he placed the bet.

Day by day he was stealing money from the bank to his personal account , but he was very cautious . he was transferring only $250 to $450.He was sceptical to take more , he did not want to grab anyone’s attention.Once he knew he could do that without getting caught he came up with another genius idea.He hired ONE OF THE WORLD’S BEST PROGRAMMER to create an automated program just for him.That program was supposed to capitalise on the Loophole.

If you know what this is all about and you do not want to lose more time with frauds I can suggest you a marketing training portal that is absolutely free to try.I have tested dozens of programs and still can not find any program better

The Birth Of A Metallic Giant – OZ Robot – The Magician

Oz uses Advanced Latest Clear Trend Trading Technology.The programmer did an awesome work.That special technology was allowing Nick to work while he was setting the robots to steal money on Autopilot.His hands were free,And so his mind.The perfect algorithm that Oz Robot is running made Nick happy.

Happy than ever before.Now he had the greatest trading opportunities on his fingertips.Nick said that he spent a fortune creating this cutting edge technology but all the money he used were stolen , so he did not care.I admit that Nick is so good , a lot better than me.I am thinking of hiring him to make me a millionaire.Do you think that he can do it till next weekend?

You can clearly tell that the Robots are coming after me wherever I go.Another metallic machine review can be accessed here , my friend Michael Williamson

What The Robot Is Capable Of

♦ No worries for difficult trading decisions , done for you

♦ Automated technology to find the most profitable trades for you

♦ Surgical Precision.The machine is a Doctor too

♦ 6 figures every month on Autopilot

But Paul was sceptical and not convinced at all.He was too smart to fall for such a lullaby.Nick laughed out loud when he saw Paul acting strange.He brought him in a room full of computers.He told him that he could start trading in the same level with him in just ten minutes.

He created an account for Paul , and logged him onto the Oz Robot.He tapped him started with $250 to try the tradings with the robots for himself.Within 24 hours the $250 became $1400.I wonder if they were standing behind the screen all these hours.They did not sleep?..The next 36 hours he made $3500.Still awake.And so on….and so forth.But what happened with the programmer?…Do you think that Nick could have killed him?…probably.and he threw the body on the volcano Loophole.

Nick brought Paul to his house , not exactly a normal house.Imagine Australia , cut it in two , cut it in two again.Stop.That is Nick’s house.Wow , a jet , a personal yacht , 6 Lamborghini , 7 pool bars , 5676 half naked women as personnel for the morning , 1898 laptops all trading with OZ at real time.If you are not convinced yet then it is your problem.

Paul grabbed the opportunity , in a few months he was a millionaire and now he wants to share that secret with the rest of the world.And why he is doing that?…Because he is a nice thief.As his teacher.You see all the thieves are not stealing for their own jets and pools , they do it for us.For those that don’t have bread to eat , for the homeless , for everyone.Don’t forget that Paul gave him the rights and the license to use OZ Robot just like that

What’s Next ?- Test Drive – Paul Is So Certain About Oz Robot That He Will Let Me Test It FOR FREE

Paul is promising a free ride to paradise.I would be crazy not to take it.Next step , the Option Rally broker.The Binary Options Trading System , I am excited to meet Oz , the wizard.It’s free … let’s do this.

Although it is not necessary let’s talk for a little bit more.I am having fun on the keyboard.Do you believe that story?…A bank employee with giant experience discovers a loophole in AUD , he is stealing money (from who?) and deposit every day his account.

Then he hires a programmer to design a Robot , the OZ.Then he becomes millionaire.Then he creates a blog to claim how he became rich.Then he shares with Paul and the rest of the world the secret software.Then we have a free test drive.Then we have to pay Option rally broker in order to participate.OK.OK.OK

I hope you enjoyed this one.I am coming back with more reviews.For more reviews on Binary Options you can continue here. 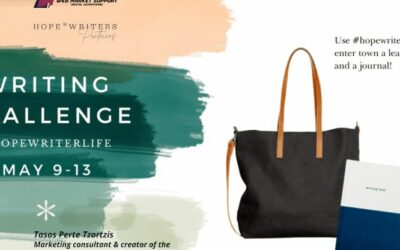